How and Why to Embrace Transparency by Default

In the 1990s, hedge fund manager Ray Dalio realized that something was preventing his company from embracing what he called an “idea meritocracy” — a situation in which the best ideas rise to the top. The blocker was related to people not expressing what they really thought. Dalio wanted team members to be completely honest, without fear of criticism or repercussions. He dubbed this idea “radical transparency.”

Decades later, author Kim Scott released a widely-lauded book called Radical Candor. Her approach differs from Dalio’s in that it emphasizes being transparent, but also caring personally about employees. This subtle but important difference is meant to offset potential negative reactions to all that brutal honesty.

In both cases, the push for greater transparency caused a flood of debate in business circles. The only thing everyone seems to agree on is that increasing transparency in businesses does have consequences. Some are good and some are bad. It all depends on where you’re sitting.

We believe that, if you’re willing to spend the time and build transparency into the very fabric of your business — what we’ve dubbed transparency by default — most of those consequences will be positive. And when it’s core to everything you do, it suddenly doesn’t feel so radical anymore.

Here’s a quick look at how we implement transparency by default at Unito and how it impacts our business. These are ideas that any company can take away, implement, and adjust to their own realities.

How to implement transparency by default in your business

Build transparency into your hiring process

How transparent should you really be with a candidate you’re not even sure you want to hire?

Oversharing during the hiring process doesn’t feel natural. But the less you share, the greater the chance that things will go awry after you hire a candidate. Make sure they know exactly what situation they’d be walking into — everything from the financial state of the company to the weaknesses of the team (after they sign an NDA of course). The applicant might realize they’re not the right fit, in which case you’ve dodged a bullet. Or a great candidate who was on the fence might decide that this is the exact environment they’ve been searching for.

One way Unito is extra transparent during the hiring process is by running in-office pilot projects. Pilots allow the candidate to prove that they actually walk the walk. Running it in-house then provides them with a real look at a day in the life of our employees. They have lunch with us, join our meetings, interact with the team, and see exactly what they would be joining. If the pilot works out, it makes onboarding that much easier and improves employee retention.

Another element of transparency you can introduce to the hiring process? Salary transparency.

Salary transparency remains a huge topic of debate in business circles. There are a few companies who have embraced it totally, like Buffer who makes their salaries public on the internet. But for the most part, salaries are hidden away and not talked about. Even internally.

Why? First of all, sharing salaries strips negotiating power from businesses; it’s tough to negotiate on salary when the other party knows what you’re paying your employees. But we now know this opens the door for gender and race-based salary discrimination. Another common argument against sharing salaries is that employees on the lower end of the pay scale will be unhappy (shown to be at least partially true in an MIT study). But these potential downsides can be mitigated if you’re able to justify the differences in pay.

You can do that by introducing a salary matrix. This matrix should list the assigned salary for each role, and projected salary increases related to skills or qualifications. This shows your employees what they need to do in order to increase their salary. It also eliminates negotiations from the hiring process, and gives you a concrete explanation for the salary offers you make.

Ultimately, if you pay your employees fairly and their salaries are clearly based on research, you have nothing to hide. And the salary matrix can motivate employees and give them direction within your company.

Build transparency into your daily work

Host weekly meetings for the entire company where business leaders share wins and fails from the previous week and their focus for the coming week. Keeping people in senior roles open about failures shows employees that mistakes are okay if you’re honest about them. Plus, reinforcing priorities each week empowers everyone to focus their efforts and make the right decisions more quickly.

Also consider introducing an asynchronous daily scrum. At Unito, all employees share what they’re working on each day in a Slack channel. This system has helped us break down silos because no work is hidden away. Duplicated work is immediately surfaced and eliminated. Employees notice and seize new opportunities for cross-team collaboration when looking at what their colleagues are up to. And by being open about their work, employees feel increasingly motivated to follow-through on their commitments.

Overall, work transparency means less information is kept to one team or one person, people who do crush goals are more openly acknowledged, and people are far less likely to hide their mistakes.

Be transparent about performance

If your staff doesn’t know that the company’s performance is decreasing, they can’t make the changes required to reverse that trend. If a team isn’t open about its struggles, other teams won’t be able to step in and provide extra support. Far too often people hide their performance issues behind vanity metrics or tailored reporting because there’s a fear of repercussions. This is a surefire way for issues to propagate throughout the company.

Be open about your goals — from company goals all the way down to individual goals. At Unito we use OKRs (Objectives and Key Results) to set goals and measure performance. These are all visible to everyone at the company in an Asana project. Yes, even the personal goals.

This transparency helps employees prioritize and empathize. If you see that a colleague is struggling on their key result with only two weeks left in the quarter, you can chip in — or at least not pile on extra work. And when OKRs are not being met on any level, people are able to ask essential questions: Was this the right goal? Was it realistic? What are the blockers? How do we eliminate them?

Performance transparency also helps fight the feedback paradox. No one should feel ashamed about needing help. Consider having executives share their own performance reviews. Again, employees are most likely to be transparent if they see it at the highest levels of the organization.

Is transparency by default right for you?

In the spirit of transparency, have an open conversation with your team and see where it makes sense to open things up. By involving them in the process, you’re more likely to have immediate buy-in when you roll out your new approach. Faster buy-in means faster results. 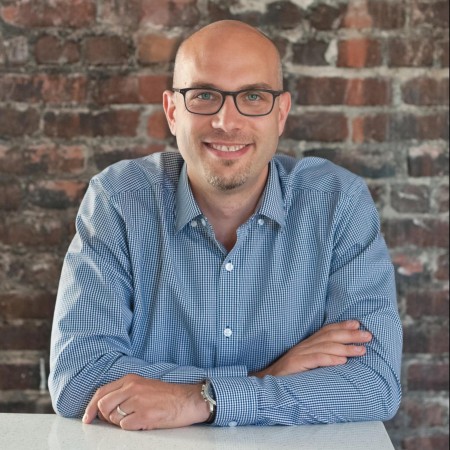