Raci Chart: What It Is and When To Use It (With Examples)
Skip to content Skip to navigation

A RACI Chart Definition, Example, and How to Use It for Project Clarity

Managing complex projects can be overwhelming for even the most experienced project managers. Creating lists of tasks and deliverables, organizing timelines, and scheduling meetings are all part of ensuring your project goes off without a hitch. That said, there’s one key factor that will determine the overall success of any project: assigning clear roles and responsibilities. A RACI chart is a simple and effective way to do just that.

What is a RACI chart?

A RACI chart (also known as a RACI matrix, a RACI diagram, or a responsibility assignment matrix), is a tool, often in the form of a filled-out template or document, that outlines the roles and responsibilities of a project’s team members. It clearly outlines exactly what each person is in charge of so that there’s no confusion when deliverables are due.

What does RACI stand for?:

What’s the difference between accountable and responsible?

At first glance, these two categories can seem pretty similar. After all, the two words can be used interchangeable depending on the context, and you’ll often find one in the other’s definition. But in a RACI chart, the differences between these two categories need a special mention. If you’re struggling to remember which is which, think of it this way:

When filling out your RACI chart, remember the differences between these two roles when you’re trying to determine who’s responsible for a task versus who is accountable for it. Who is doing the hands-on work? Who’s accountable for decisions? Where does the buck stop?

When to use a RACI chart

We’ve all been on a project where it wasn’t clear who was in charge or what everyone’s contributions were supposed to be. The resulting confusion and wasted time is sure to derail any initiative. That’s when the RACI model really comes in handy.

While you won’t want to use a RACI for everyday or general tasks — or if your team is small and roles are already very clearly defined — there are certain project management situations where this matrix is helpful. These include:

What are the benefits of a RACI chart?

Here are some key ways a RACI matrix can benefit your organization:

If you’ve ever left a meeting wondering who’s doing what, or what your responsibilities are, consider implementing RACI charts. They provide you with visibility into everyone’s responsibilities, including your own. This means people will know what they have to do and who to reach out to with questions on other aspects of the project.

When there’s no doubt about who is in charge of what, there’s opportunity for team members to feel accountable and totally responsible for their assigned tasks. There’s no micromanaging or constant checking in, as each individual’s roles are clearly outlined in the RACI matrix.

When you’re creating a RACI chart, it’s easy to see right away who might be overloaded with tasks and who has some room for more. Through the process of building your chart, you’re actually able to fix this misallocation of work right away — before it can impact your project.

We’ve all been a part of projects that get held up by unclear approval processes. By assigning someone the role of Accountable, you make sure that the right person is ready to approve the project, and that all final decisions are left to this individual.

How to create a RACI chart

Now that you know what a RACI matrix is, and why it’s so beneficial to businesses, it’s time to learn how to create one of your own.

Here’s what a RACI chart will look like after these steps.

To make things as easy as possible for you, we’ve created a simple blank RACI chart template, plus an example of how to fill one out.

Filling out a RACI chart is pretty simple. Once you’ve determined your tasks and who will be working on them, it’s just a matter of assigning the right responsibility in the right place. However, keep these simple rules in mind when building your RACI chart:

If only every situation in life had something like a RACI chart to guide it. With the clear designation of roles and responsibilities, as well as the documentation to support these, a RACI helps establish consensus, streamline projects, and boost efficiency when it comes to everyone’s time and workloads.

With a project reporting workflow powered by Unito, automate reporting and save time and effort 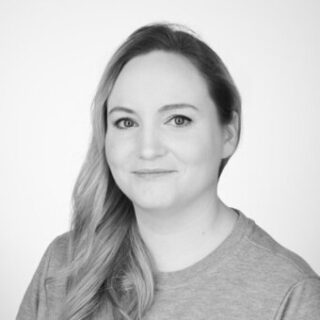